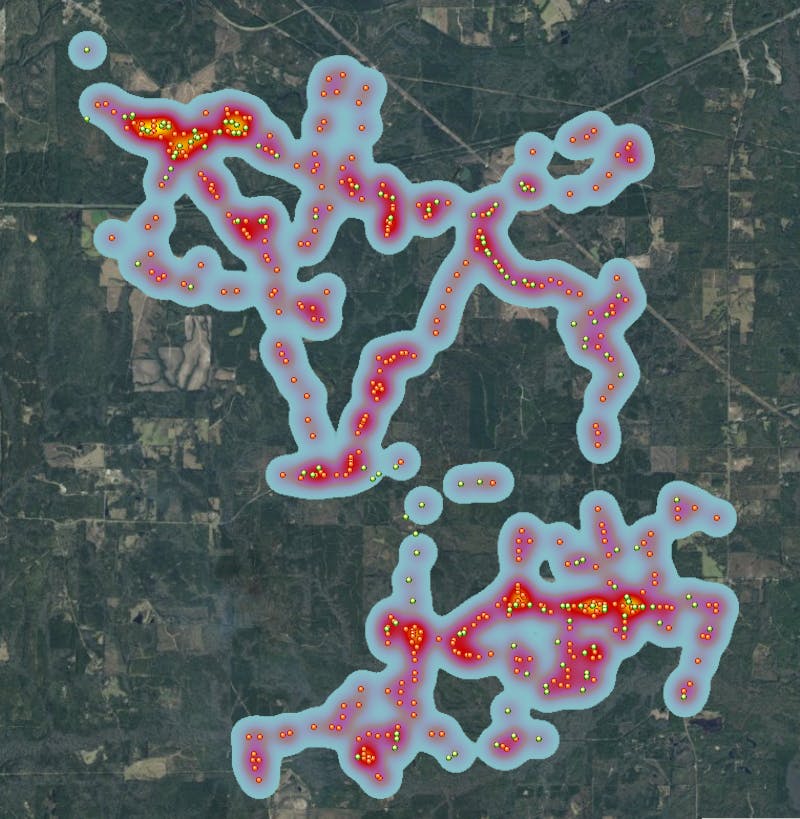 In the United States, electric cooperatives (co-ops) own and maintain more than 42% of electric distribution lines.

Many of these lines course around mountains, valleys, and rivers, as well as through swamps, marshes, and lakes in some of the country’s most rural areas. Inspecting them is a monumental task for any human and can easily mount to a heavy cost burden for the co-op. Not to mention they must balance the remediation of their older lines and other high-priority projects such as broadband expansions, new construction, and grid modernization.

Constellation Clearsight is proving its inspections are 5 times more efficient at collecting data and far more effective at achieving key insights about reliability issues – all at an affordable price for co-ops.

A large Florida co-op recently partnered with us to address reliability issues that have plagued their system with an annual average of 65 outages per member. Their most problematic circuit consisted of hundreds of miles of line in the outermost part of their service territory. Most of these lines had not been inspected in many years, so the encroaching vegetation posed an even tougher burden for a ground-based inspection.

Historically, an inspection this size could take a ground crew several weeks to complete, but one could assume this circuit would take much longer. Despite all the bugs, swamps, deep sand, and humidity, we collected data in less than one week and delivered a report to the coop much faster than they anticipated.

Drones don’t just help us get eyes into areas that are hard to access. With the added benefit of a top-down perspective, we identified many severe deficiencies that you wouldn’t be able to see from the ground.

In the end, 95% of the poles we inspected had deficiencies with some having as many as 15! We delivered a comprehensive report of our findings and some GIS shapefiles and heatmaps to help the co-op prioritize its remediation efforts to deliver safer, affordable, and more reliable service to its members.

Ready to Start an Inspection Project?

Request a quote today to begin the process.